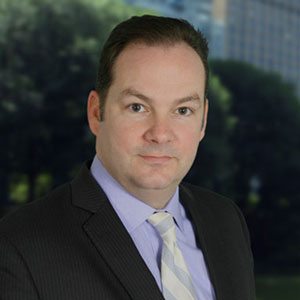 Mr. Keith Sullivan has extensive experience handling all types of complex personal injury matters. He has dedicated his practice to recovering millions of dollars for individuals who have been wrongfully injured through the negligence of others. Prior to forming Sullivan & Galleshaw LLP, Mr. Sullivan was a litigation associate with the International law firm of Wilson Elser where he represented numerous insurance companies’ interests in defending various types of personal injury claims. Mr. Sullivan is experienced in handling all personal injury matters of all varieties of complexity. His practice areas include medical malpractice, motor vehicle accidents, construction accidents, work-related accidents, lead paint injuries, wrongful death, slip and fall, general liability, and litigation matters in both New York State and Federal Courts. In addition to working at his law practice, Mr. Sullivan is an Adjunct Professor at area law schools and has been invited as a guest lecturer to numerous law schools, including Syracuse University, Hofstra, UPenn, Cardozo, St. John’s, Touro, Western New England, Emory University and Widener. Mr. Sullivan is a former Deputy Commissioner for the New York State Boxing Commission. He is a Commissioner for The NYC Board of Elections. Mr. Sullivan is currently admitted to practice in the New York State Supreme Courts and the United States District Courts for the Southern and Eastern Districts of New York. He has been granted ‘pro hac vice’ admission into several other state jurisdictions in order to handle legal matters that ensured the full protection of his clients’ rights. Mr. Sullivan has made dozens of national television appearances providing legal analysis on numerous topics.