Our Attorneys on FOX News 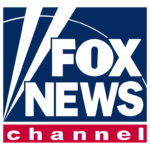 Attorneys at Sullivan & Galleshaw, LLP have appeared on numerous Fox News shows, including Studio B and Geraldo at Large. They’ve broken down a variety of topics and national news items for viewers, such as Chicago’s infamous “Gang Summit” and new Internet regulations passed by the Federal Communications Commission.

Providing successful results for clients goes hand in hand with being able to speak directly about the law and legal processes so everyone has a fair understanding of them. Big networks come to the firm on a regular basis for our in-depth knowledge in this areas, including tort claims, criminal defense law, and civil litigation. Our lawyers pride themselves on delivering honest answers regardless of the situation or matter discussed.

Stand Your Ground and Zimmerman Trial

A clip of Attorney Keith Sullivan discussing the case of a Texas man who may potentially have been wrongfully put to death, due to recently tested DNA evidence which may have exonerated the man from death row.

Attorney Keith Sullivan on Geraldo Rivera discussing the Honeymoon Killer who recently returned to the US.